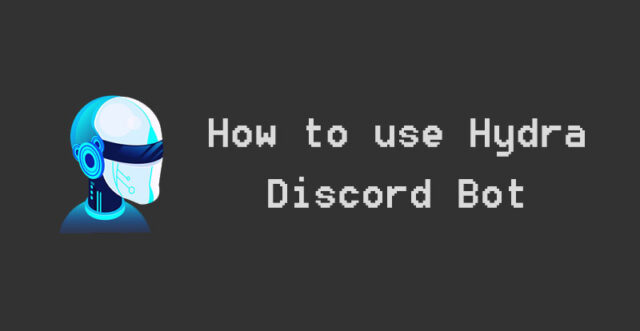 Using simple commands, you can add songs to a queue, add playlists from YouTube or Spotify, and more to your queue. The Hydra Discord bot has a lot of the same features as a music player, but it also has a lot more, like pause, resume, play, queue, next, back, clear, jump, shuffle, and so on. All of this can be done on your discord server.

How to use Hydra Discord bot?

I’ve tried to give you all the information you need to make the most of this bot when you use the Hydra bot. There are many ways to use the Discord bot, and this guide tells you how to do them all. The how-to also has screenshots of commands that have worked well in my Discord server, so you can see how they work. If you want something to be added to this guide, write it down in the comment section below, and we will add it.

How to add Hydra bot to discord (invite Hydra bot)

Your Discord server should be running now that the Hydra Bot has been added to it.

To see the Hydra Discord Bot icon, look to your right.

When the Hydra Song request channel is set up, the Hydra bot commands won’t work unless the bot is called in from that text channel.

Below are some words you can use on the server to do things.

You can also use the full command syntax for Hydra Bot, which will work just fine. Check to see if your server has the Discord bot and that you have joined a voice channel on the server. Also, check Discord voice changer apps. Let’s move on to some basic how-tos for the Hydra Discord bot.

How to Play Music in Discord with the Hydra Bot?

How do you get rid of the song in Hydra Bot?

When you want to remove songs from the queue, you can use two main commands.

All the Hydra Bot Discord commands are shown in this list. They have a website where you can find all the commands for the Hydra bot: https://hydra.bot/commands.

How to use Hydra Discord bot as per requirement?

Sometimes, the Hydra Bot might show Discord error, such as not responding or not being online at the same time. This could be because the entire Discord server is down. If this happens to you, check the Discord status page to see what’s going on.

It’s also important to ensure that you’ve given the bot enough permissions. You can do this in the settings tab. If the Hydra Discord bot doesn’t respond after you follow the steps above, make sure you didn’t change the prefix of the hydra bot’s name.

I hope you enjoy the Hydra Bot discord guide. This is a good place to start. In the comments, you can tell us what you want to see in this article about the Hydra Discord bot guide.