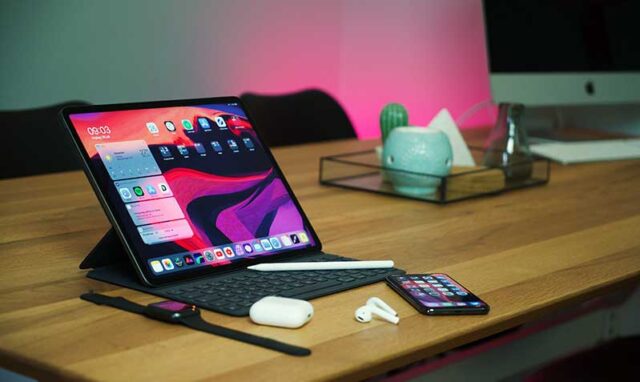 iOS Emulators: There are many benefits of using an iOS emulator on your PC to run a mobile app. There are many Android emulators that are worthy, but they are rare for iOS, Mac, and Windows. It helps app developers discover unexpected behavior during the development phase. You can, for example, duplicate the behavior of a mobile device without incurring additional hardware costs. An iOS emulator allows you to run games such as Pokemon Go or PUBG on your PC.


Is there an official iOS emulator?

There are many good Android emulators, but such solutions to running iOS apps on Windows or Mac via emulator are rare. Here’s a list of top iOS emulators for Mac and PC.

The majority of the emulators are free. Others allow you to use the iOS emulator apps for an indefinite period. So, let’s get started:

Best iOS Emulators to use in 2021 for PC

This list mainly targets app developers looking to test different apps before releasing them. While some apps may be difficult to set up on an emulator, regular users might find it easier to use an iOS app on their PC. There is a lack of simple-to-use iOS simulator software, as mentioned previously.

This iOS emulator for Windows PC is utilized mainly by security investigators to simulate an iOS device in the browser. Corellium is a pioneer in the iPhone jailbreak scene. You are safe with them.

Corellium was previously only available for enterprise users. However, Corellium is now open to all. Corellium does not want the tool to be misused.

Appetize.io was included in our listing and placed first because of its simple use. It’s amazing to find an iOS emulator for Mac and PC that only requires you to upload your application to its website.

Appetize.ion allows developers to stream iOS simulators directly in their browsers for testing and embedding apps on websites.

The iPhone simulator free trial gives you 1.6 hours to stream apps. The dashboard allows you to check your usage and set up reminders when your limit is reached. 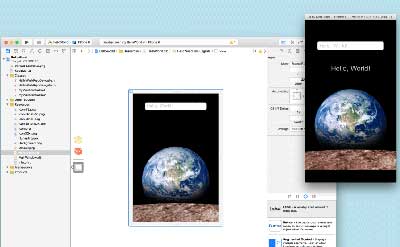 Apple’s Xcode software development environment is available for Mac. This iOS emulator includes its own simulator for tvOS, iOS, and watchOS. If Xcode is used as the essential app development suite, it can emulate various kinds of interactions such as taps, scrolling, rotation, and other gestures by the user.

Mac users can run their apps directly from the Xcode Project. Safari is superior to other iPhone emulators for testing web apps within Xcode. 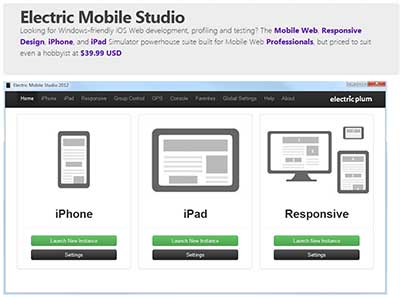 Electric Mobile Studio allows you to run iOS apps on Windows PC. It also offers a 7-day free trial, making it an attractive choice. The main features of Electric Mobile Studio include the full-fledged iOS emulator of iPads, iPhones, and iOS apps. You can also use it on both two machines to share the same work setups at home and in the office.

This iPhone emulator for Windows 10 is also preferred by developers for integrated WebKit/Chrome debugging tools that simplify their work. Hot-key navigation keys can be added to map favorite shortcuts. Visual Studio for Windows allows you to integrate this tool with the iOS app.

Apple now owns TestFlight. It is used by many developers to check iOS apps that were written using Xamarin. It is also Apple’s official method of testing the apps.

The extensive documentation provided by TestFlight is a benefit for this iOS emulator for computers. This app is free and supports iOS, watchOS, tvOS, and iMessage apps. External beta testing is possible before the final review. This emulation service has a downside. It is quite technical and requires one to create an AppStore distribution profile.

Many tools such as iPadian are popular for creating an iPad-like experience on Mac and PC. This iOS emulator does not allow you to upload your code and test it; instead, they act as a layer on top of your OS. One can also install iOS-like apps from the app store. iPadian is a simulator for iOS that mimics the appearance and design of iOS hardware. 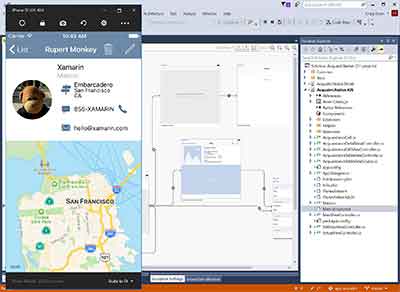 Remoted iOS Simulator Windows is another popular way to test iOS apps on Windows. This tool is designed for developers and comes preloaded in Xamarin In Visual Studio. Microsoft offers detailed documentation that can be followed and tested with its iOS simulator.

The tool’s toolbar is located at the top of the tool window. It contains useful options such as Home, Lock, and Settings. The screenshot is also available. You can activate Touch ID from Settings. It also supports stylus input and touch gestures similar to iPhones.

It’s important to remember that this is a remote iOS emulator. It needs a Mac system to run an iOS simulator. The feed is then sent to a Windows PC.

How to run iOS apps on PC?

With the iOS emulators, users can run iOS apps on PC.

How to run iOS apps on PC Bluestacks?

BlueStacks can’t emulate iOS. It’s an Android emulator that can run Android games and apps on Windows or Mac computers.

How to get an iOS games Emulator in windows?

You can use many browser-based iOS simulator software to run iOS emulators on Windows.

We hope you find your best iOS emulator for PC from this list above, just as our list of best Android emulator for low end pc. Do give us your feedback if you think this article helped you in any way.