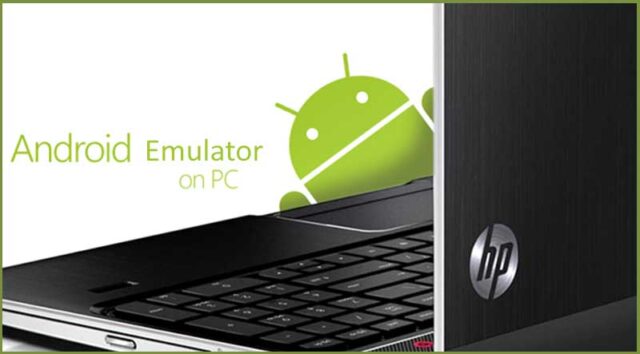 How do Android Emulators work?

Android Emulators, or emulation in general, are not new. It is basically a virtual computer that runs on top of Windows or another platform. This is similar to Windows running in Linux on a virtual machine or Linux on a Chromebook. It’s a container that is kept from the underlying OS and sandboxed.

Android is based upon ARM architecture. It can be difficult to replicate Android on an Intel or AMD x86-64 machine (Intel, AMD). QEMU is a tool that developers use to provide ARM as a service. It is an open-source project which performs hardware virtualization through translating ARM binaries into a language that can be understood and executed by the Intel or AMD CPU.

Emulation has improved to the point that it can run on almost any architecture.

How do you install Android Emulators on your PC?

It is very easy to install an Android emulator on a computer. The EXE file is available from every emulator. Double-click the EXE file after downloading it. This will launch the installation wizard. Next, click “Next” to continue the instructions.

MEmu and Nox download some additional files during setup. After the installation is complete, you can open it and sign in to your Google account. Now you can install games from other sources and the Play Store.

Checklist before using an Android Emulator

Before using an Android Emulator for Windows PC, We recommend that you enable virtualization in your BIOS settings. If you need faster performance, it’s essential. You can also enable hardware-based acceleration by going to the emulator’s Settings page. The emulator will then be able to use virtualization technology.

If you use Android Emulators primarily for gaming, then you can remap your keyboard and mouse settings to suit your preferences. Next, remove any bloatware included with the emulator. This will improve the performance.

We have chosen the top Android emulators for Windows 10, but they also work on Windows 8/8.1/7/XP. Click the link to switch to any emulator. We have also provided some technical tips and information about Android emulators so that you can follow them.

It is possible to use a secondary account in order to log into the emulator. For better compatibility, emulators use older OS versions. This can also lead to security problems. There have been numerous instances where emulators mine bitcoin in the background (e.g., Andy emulator), so be careful. You should immediately run a security audit on your Google account if you are concerned about your account’s security.

Here’s a list of the best Android emulators for Windows 10.

BlueStacks is, without doubt, one of the most popular Android emulators available on Windows. It covers more than just gaming. It is also great for general users who want to use Android apps on Windows PC. Bluestacks has been refined over the years, and now BlueStacks is based upon Android 7.1.2, which is Nougat.

BlueStacks 5 will feature a new gaming engine, which the company promises to use Oreo. It can be run on any Windows hardware, whether it’s Intel or AMD. BlueStacks solves the problem of compatibility.

BlueStacks has also partnered with Samsung in order to offer a seamless Android emulator on Windows. It’s amazing, right? You get access to many quality Android games, including Fortnite, RAID, and Sonic Forces.

Let’s not forget the performance. BlueStacks claims to be 6X faster than the standard Android phones. It also offers features such as keymapping, multi-instance, and an AI-based gaming engine that enhance performance.

Gameloop allows you to enjoy high-quality Android gaming on Windows computers. This emulator is for gamers who wish to play Android mobile games on their desktop computers.

It may surprise you to learn that Tencent developed Gameloop, formerly Tencent Gaming Buddy, as part of its desktop-mobile gaming experiment. Initially, this platform was only available to play PUBG Mobile on a PC.

You can also get the Google Play Store via a separate module. This is included in the setup. Gameloop provides Play Store support as well as all the most popular Android games that support keymapping and mouse.

Gameloop, which is an Android emulator known for PUBG or other Windows 10 games, is a better choice.

LDPlayer is the most recent Android emulator for Windows 10. It’s optimized for gaming. Although it has only been a few months, LDPlayer has rapidly gained popularity because of its outstanding performance.

It worked perfectly on our AMD-powered laptop. This means that the emulator can be used on Intel-based Windows computers. LDPlayer runs Android Nougat (7.1.2), which provides better compatibility and performance.

You can also find games in the dedicated app store. They run well on LDPlayer. You can also use Virtualization Technology, which is available from the Settings page.

Overall, LDPlayer is a powerful and simple Android emulator that can be used on Windows computers for gaming or general usage.

MEmuPlay is an excellent Android emulator for Windows that has recently gained much popularity. MEmu is loaded with tons of useful features, so it can be difficult to list just one or two features.

The emulator supports both Intel CPUs and AMD CPUs, which is a great feature from a compatibility standpoint.

The emulator can run multiple versions of Android apps simultaneously. The software runs Android Nougat (7.1.2 by default) and can run Kit Kat (4.4) or Lollipop (5.5.0). You can also have three windows for each of the three Android versions.

The emulator can be used on all Windows versions, including Windows 7 through 10, and is compatible with both Intel or AMD processors.

Nox Player is the ideal Android emulator for Windows if you are looking for a variety of other features than gaming. The emulator has a lot of features that we’ve already reviewed.

Nox Player is able to outperform BlueStacks and other Android emulators like BlueStacks with controller compatibility, gameplay optimizations, and the ability to modify the build.prop of android devices and a simple interface.

Although it is based on Android Lollipop 5,1.1, you can use its Multi-Drive feature to run multiple Android versions. BlueStacks’ Nox Player is superior in one key area: the ability to gain root access.

Rooting BlueStacks is not an easy task. Nox Player is easy to use. All you have to do is enable the toggle in your settings, and voila! You’re now rooted. This is how easy Nox Player can be for you. We think it’s one of the best Android emulators available on Windows.

Keep in mind that the emulator caused controversy by installing bloatware against users’ will. A hacker group also hijacked NoxPlayer’s Android server in February 2021 and injected malware onto user computers. Nox asked users to reinstall their software in order to avoid this attack. You can wait and then download Nox Player. However, only if the application is trustworthy.

PrimeOS is an Android OS, not an emulator. It can run flawlessly on all Windows PCs and leverage the full power of the CPU and GPU. This is an excellent alternative to installing an emulator if you’re into Android gaming. It will run directly on your hardware and does not require binary translation. PrimeOS can be an alternative to Android x86.

PrimeOS comes with Google Play Store, which allows you to seamlessly download and play thousands of more games. You can also use the DecaPro Gaming Centre to improve your gaming experience. It is possible to dual-boot PrimeOS and Windows 10 with very little effort. PrimeOS is our favorite platform for PCs to play Android games.

It is a great tool for Android developers who want to test their apps in a Windows environment. Genymotion runs both offline via a Windows app and online through a web browser. This gives you great flexibility.

You also have many options, as you can choose from Android 4.1 or the most recent Android build. Also, download the Google Play Store by selecting your favorite GApps package.

You can’t install Call of Duty or PUBG games, so be aware. The best thing about Genymotion? It can be integrated with Android Studio on Windows.

Your app can be developed on any device or platform you choose. Genymotion is the best choice if you need to test your apps on different Android versions within a Windows environment.

Which Android Emulator Is the Most Fast?

Gameloop is the fastest Android emulator today for gaming. LDPlayer is lightweight and very fast. BlueStacks is a great compatibility tool, but it’s gotten too complicated with too many features.

Which Android Emulator is Best?

BlueStacks will be more efficient than Nox if you have a high-end PC (8GB RAM, i5, SSD) and a strong spec. Apart from that, Nox is quite great, although it has been criticized recently for installing bloatware automatically. It is the better choice, but we wouldn’t recommend Nox.

Is Nox a virus?

Nox has been accused of installing bloatware such as McAfee or Chromium without the user’s consent. Segurazo was also installed by Nox, which was found to be a virus. Nox retreated from this action, but you can still use the emulator for now.

Why is MEmu so laggy?

MEmu has three versions of Android, as we mentioned above. This is likely to make MEmu very resource-intensive. LDPlayer is a better choice if you don’t need such flexibility. Even on decent machines, it can still run quite well.

For smooth gameplay on emulators, 8GB RAM is recommended. Higher RAM will ensure that your emulator doesn’t freeze from background Windows activity. You can play PUBG with 4GB RAM on emulators but do not expect a great gaming experience.

Is the emulator causing a computer to slow down?

Yes, if the emulator is constantly running in the system background. After you have finished using the emulator, We recommend that you close it manually. The System Tray allows you to quit the program.

In 2021, Run Android Emulators on Windows

This is our list of the top Android emulators that you can use to run Android applications on Windows PCs. You will find the right emulator for you, whether you are a developer trying to test your apps or a casual user just looking to play some games.