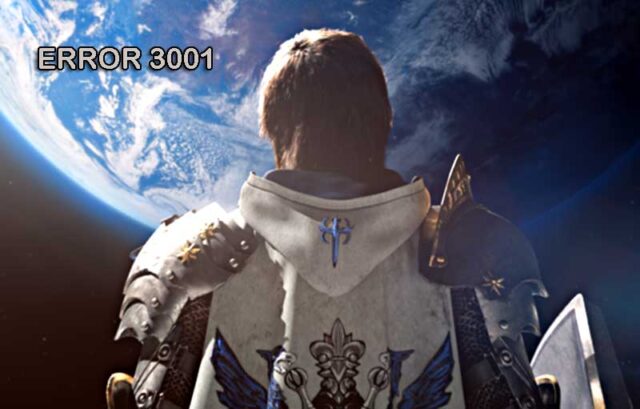 Endwalker expansion pack for FFXIV came out on December 7, 2021, and users reported a bad experience because of an error 3001. The error was reported to happen on both systems (like Windows and Mac) and consoles (PS4, PS5, and so on) of the game. For some people, the error 3001 ffxiv Endwalker started after a game update. For other people, the problem started when they zoned in on a game character. Most of the time, this kind of message is shown:

What is Error 3001 ffxiv Endwalker?

There are a lot of things that could cause the error 3001 for FFXIV Endwalker:

Restart your router and your computer’s system or console.

There may be a communication issue between your console or system and the game servers. This could cause the error 3001 on FFXIV Endwalker. A cold restart of the router may be able to fix the error 3001 because it will reset many internal parts to their defaults and may get a new IP address from the ISP (if a static public IP address is not assigned).

Try a different network or use a VPN to hide your IP address.

Error 3001 on FFXIV Endwalker may happen because your ISP is blocking traffic from your network to the FFXIV servers, which can make it hard to play the game. In this case, you could try another network or use a virtual private network to get rid of the error 3001.

Remove or change the names of the character’s cache folders

If the folders for character cache in the installation directory of FFXIV are corrupt, that could cause the error 3001 on FFXIV Endwalker. If you want to be safe, you can delete (or rename, if you want) the character folders in the installation directory of the game. Don’t be afraid; these folders will be made again when the game starts up again. You might lose some of the customizations of your characters, but don’t worry.

Make sure to reset the router to default settings.

Make sure that connecting the computer or console directly to the Internet by taking the router out of the way works, and see if that helps. If that is the case, then your router doesn’t work well with the game, and you may need to get a new router or modem from your ISP. If the error 3001 ffxiv in Endwalker comes back with the new router, check to see if changing the router’s mac address and getting a new IP address solves the problem. Some models have this feature.

If the problem doesn’t go away, you can close the game and all of its related processes for at least 24 hours to let the server’s cache clear. Then, see if the error has been fixed. If the problem keeps happening, you can ask Square Enix to do a route trace to find out where the problem is coming from.

What is the error 3001 FFXIV Endwalker problem?

How do you fix the error 3001 in FFXIV Endwalker?

If you’re playing FFXIV, you might be experiencing a problem that’s been referred to as “the endwalker.” This is an error message that appears when you try to start the game. It looks like this:

Why am I seeing Missing Data – Error 3001 FFXIV: Endwalker?

This is a problem because your computer doesn’t have enough memory to run the game. To fix this, you’ll need to install a new memory card or upgrade your computer.

What are the possible causes of error 3001?

The FFXIV: Endwalker problem could be caused by a number of things. For example, if you have an older computer, your memory might not be enough to run the game. Another possible cause could be that you don’t have enough storage space on your computer. If this is the case, you’ll need to install a new hard drive or upgrade your computer. And lastly, if you’re experiencing this error message, you might need to restart your computer.

When will the FFXIV Endwalker problem be fixed?

We’re not sure when the error 3001 FFXIV Endwalker problem will be fixed. But we recommend that you update your computer as soon as possible so that you can continue playing the game.

How can you determine if your computer is affected by the FFXIV Endwalker 3001 error?