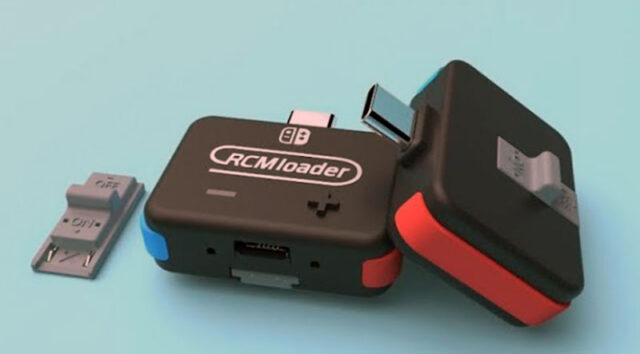 Nowadays, many users know about Nintendo Switch jailbreak, and RCM Loader is one of the methods available to do this. The SX Pro from Team Xecuter is one of the most well-known tools for this, although there are more similar items such as the R4S dongle or Acens Pro. This post will explain what a payload is and how to install it on the Nintendo Switch.

There are several Switch modchips available like RCM Loader One, including the R4S Dongle, the AceNS launcher, the SX Pro, the SX Gear, and various less expensive clones. The SX Pro is a really nice option as it allows boot SX OS CFW on your Switch, and users can play free games, download and utilise homebrew programmes, and extend Switch storage up to 4TB via external USB Device compatibility, effectively employing an HDD.

The SX Pro comes as a full kit and the world’s first Nintendo Switch hacking tool that includes the SX OS licence, the SX Gear or the SX Pro dongle if purchased separately and the SX Jig. SX Gear is one that acts as an RCM loader in this configuration.

For your convenience, below are the SX Gear specifications.

Very seldom, the RCM Loader becomes blocked. In certain instances, a reset is required. In the figure above, the reset point is indicated.

How to use the RCM Loader One for the Nintendo Switch?

On the RCM Loader One, which payload files are installed?

The table below indicates which CFW breaking procedure is utilised in which colours are based on the loader’s lights. A short push of the + button on the RMC Loader identifies the CFW in which you are now operating.

It shifts to the payload of the next system if you hold down the + button for three seconds. This is how Atmosphere, ReiNX, and SXOS will be switched amongst themselves.

If the battery level of the RCM LOADER has declined, you may determine this by the following: If you push the + button for a brief period of time, it flashes red and green, indicating that the battery is about to run out. You’ll be charged for one hour and receive a three-month standby time.