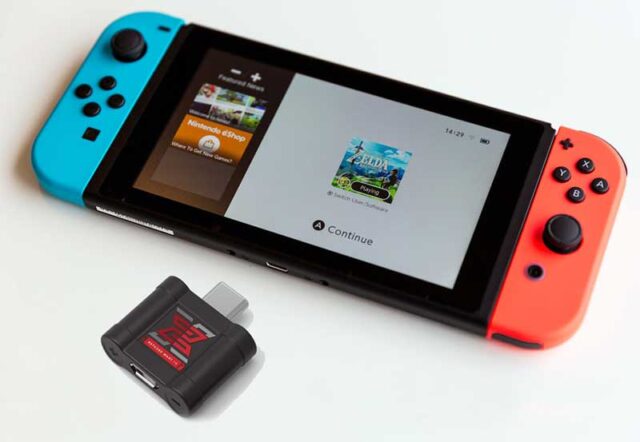 The SX Pro offers modified firmware that allows users to customize their Nintendo Switch. The SX Pro enables users to effortlessly run a variety of homebrew applications and load backups for games via a microSD card.

Why do users need SX Pro by Xecuter for Nintendo Switch?

The SX Pro, developed by Team Xecuter, is a type of flash memory card for the Nintendo Switch. It includes an SX OS license code, a USB dongle, and a Joycon RCM template. To date, the most often utilized product for hacking the Nintendo Switch has been the Xecuter SX Pro. It was introduced about two years ago. SX Pro is required to boot modified SX operating system firmware into all patchless Switch consoles for the purpose of playing free games and homebrew. Watch a quick review here.


SX OS for the Nintendo Switch

The SX OS, developed by Team Xecuter, is unique in its release of the Switch. The SX OS is custom firmware, and the license for the SX OS is required to access the CFW. Xecuter SX OS is currently the quickest way to hack the Nintendo Switch without using patches. That is, in order to boot SX OS CFW on the Nintendo Switch, an SX OS code must first be obtained. Due to the fact that no shipping is necessary, if users acquire the SX OS license, they will receive the code in minutes via email.

The SX Core was recently created by Team Xecuter; this is the latest modchip as compared to SX pro for patched Nintendo Switches and the new Switch Lite. Nintendo sued resellers of SX Lite and SX Core in the United States, so it may be difficult to locate, but it appears to be accessible in other areas of the world. According to the official website, it is now in “review” mode and will enter mass production in the next few months. Nevertheless, users can already pre-order the SX Core from reputable retailers.

If users find themself in this scenario and are unable to purchase SX Lite, SX pro, or SX Core in your country, consider using a VPN. Due to the fact that a VPN alters your IP address and geolocation, they may be able to unblock websites using the necessary modchip. Following that, purchasing SX Lite or Core will be easy. Additionally, by altering your geography, users may take advantage of regional discounts and perks.

How is SX Pro different from SX Lite, SX OS, and SX Core?

A guide to SX Pro, SX Lite, SX Core, and SX OS that addresses frequently asked topics such as what it is, how to use it, the differences, and features.

Which option is best for the Nintendo Switch and Switch Lite (SX Pro, SX Lite, SX Core, or SX OS)?

If users have a patched Switch, SX Core is an option. If users own a patchless Switch, the SX Pro dongle is the best option. SX Lite is the only solution if users own a Switch Lite console. SX Core is that it is a modchip that comes pre-installed with SX OS.

The Team Xecuter SX Lite is a modchip designed just to decrypt Switch Lite. It is optimized for use with the Nintendo Switch Lite.

The SX Lite is also currently in “review” mode and will go into mass production in the coming months. However, users can already purchase the SX Lite modchip from an authorized reseller.