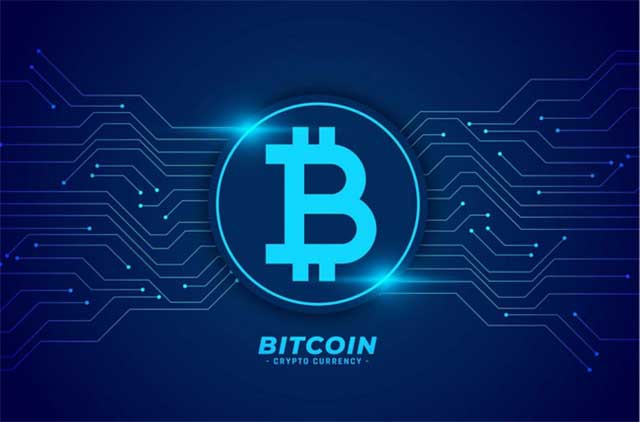 Cryptocurrencies value has dropped in the last few months showing how volatile they are, prompting the question, what causes such movements even for well-established digital assets like Bitcoin?

Bitcoin is a digital currency not issued by a legal body or government but created by an anonymous group or individual called Satoshi Nakamoto. Bitcoin and all other digital currencies have opposite features to fiat currencies like the euro, pound, or dollar because they rely on a cryptographic protocol to enable the creation, storage, or transaction of tokens. Traders control the transactions without needing an intermediary because the blockchain removes trade restrictions and streamlines processes. Bitcoin was first proposed to the world in 2008 and entered the crypto market in January 2009.

This article reveals the factors that impact Bitcoin’s evolution because the number of investors interested in purchasing digital coins is growing daily despite the bear market, and rookies must understand what influences its price.

You don’t have to be a seasoned crypto investor to have heard of the Law of Supply and Demand because it’s a subject regularly discussed in elementary economics classes. All valuable assets follow it, and cryptocurrencies and Bitcoin are no exception. However, suppose you’re not familiar with the concept of supply and demand, we’ll provide some info about it.

This principle applies in the crypto world, and two Bitcoin features are subjected to it. First, it’s essential to discuss the rate at which new Bitcoins are created. According to the current protocol, Bitcoin tokens can be created at a fixed rate. New Bitcoin is created and introduced to the market once miners solve complex mathematical puzzles. However, the protocol establishes that the process will slow over time because a limited amount of Bitcoin tokens could be mined. This could only lead to a scenario in which the demand for the coin rises faster than the supply, and therefore the price goes up.

Secondly, as we previously mentioned, Bitcoin’s supply cap is designed to be 21 million Bitcoin, and once reached, there will be no new coins to be introduced to the market. After the creation of the last Bitcoin, miners will no longer be rewarded for solving mathematical problems but for verifying transactions.

Bitcoin might be a digital currency, but it’s still an asset that requires it to be produced. Its production cost is connected to the mining process’ electrical consumption. As stated before, Bitcoin mining is a complex process in which miners solve difficult cryptographic math problems and are rewarded coins. Miners use a lot of electricity to power the hardware designed to solve the mathematical quizzes, which is integrated into Bitcoin price.

It takes 10 minutes to verify a block, but as more miners join the process, the competition increases and solving a mathematical problem is more challenging than before. When the problem is more difficult to solve, the associated costs spike, especially if the miners want to preserve the 10-minute interval.

Bitcoin might be the oldest cryptocurrency on the market, but others are available. Several other altcoins are recognised on the market and trying to fight for attention. Ethereum is its most well-known competitor, and most investors looking for digital currencies to diversify their portfolios pick Ethereum. Bitcoin deals with competition from altcoins and memecoins, and any upgrades in their blockchains impact its price. The market competition makes Bitcoin’s value stay grounded, and if Bitcoin were the only digital currency available on the market, its value would be different.

Bitcoin and other cryptocurrencies are decentralised assets, but some decisions about their function and evolution should be made periodically. These decisions impact its evolution and price. Developers create software to verify Bitcoin transactions, but miners also have an essential role in the process. The global network of people verifies the transactions and transforms Bitcoin into a reliable blockchain.

If developers want to change or upgrade the software that mines and authenticates transactions, more than 50% of the miners must agree. They can create a fork only after they get the miners’ support.

In 2017, Bitcoin experienced a hard fork when Bitcoin cash, a new digital token, was created and offered to all users who owned Bitcoin. Now Bitcoin cash software is able to process 30 transactions every second, four times more than the traditional Bitcoin blockchain.

But because only a few Bitcoin investors knew what the fork implies for the blockchain and cryptocurrency, they needed some time to research and accept the change. Since then, the network has gone through another fork to develop Bitcoin gold. However, this attempt didn’t get the investors’ support, and Bitcoin experienced a correction.

Considering our world, the media plays a paramount role in Bitcoin’s price. Several studies focused on the connection between media coverage and a cryptocurrency’s value. Crypto specialists state that when the media attention is positive, cryptocurrencies’ prices go up. However, when the general attention turns negative, Bitcoin and the other digital currencies register price dips.

Medial is a tool that offers people a better understanding of the market and Bitcoin’s functionality, convincing more investors to be attracted to the sector. Let’s say that an investor looking for assets to diversify their portfolio finds an online news article discussing the advantages of trading Bitcoin. They consider it an investment opportunity and research to learn more about it. It’s also safe to assume they’ll be talking to other people about it, who in turn will be doing the same.

Media triggers the fear of missing out and often convinces people to buy assets and services. At the same time, it can scare investors into selling the coins they’re holding if it paints a negative picture of the market or asset.