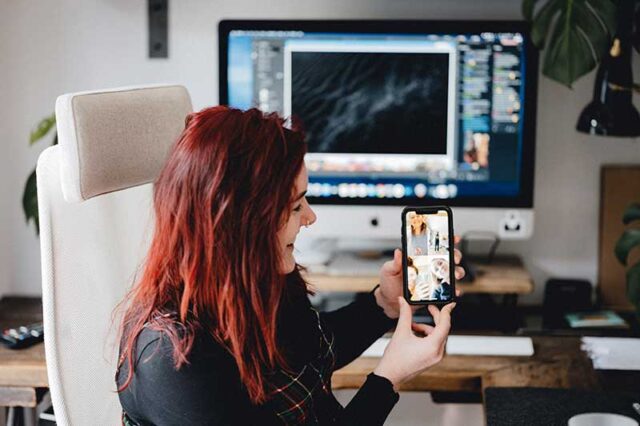 Have you ever accepted an invitation to a party, only to realize once you’ve arrived that you don’t know anybody who’s there? You might get a similar feeling if you’re random video chatting without any previous experience. It’s hard to tell whether you’re actually missing something or you’re simply feeling a bit lost in an unfamiliar environment. Fortunately, random chatting isn’t rocket science – you’ll be able to find your groove in no time at all.

In fact, if you’re using a chat site like the ChatSpin app, there isn’t much that you’d need to know beforehand; you can jump right into the chats and learn as you go along. This isn’t to say that there aren’t some things that would be handy to know; lucky for you, you can read about them here!

Don’t avoid chats that turn out to be more than you were expecting.

If there’s one thing you can predict about random chatting, it’s that your chat partners will be unpredictable. There are all kinds of people on any given chat site, and you’ll be talking with a lot of them if you’re spending time online. Even though you’ll probably be a bit selective about your chat partners, sometimes a chat could steer away from the “entertainment” side of things and towards the “debate/argument” side of things.

You should never feel bad about skipping past a chat that just isn’t working for you, but it could be beneficial to hear someone out – even if it means getting a little more intense than usual. That being said, make sure you can tell the difference between someone who’s trying to have a constructive debate and someone who’s just being belligerent. The first one could help you see an issue from a new perspective; the second one will just leave you feeling annoyed and possibly offended.

Since random video chatting is, for most people, all about things like being entertained and making friends, it’s understandable if you prefer to meet people who are easy to talk to. What you prefer, however, won’t always be what the algorithm gives you. The question is, will you be open to meeting people even when they don’t necessarily see eye-to-eye with you?

As it happens, there’s a very good reason why you shouldn’t shy away from everyone who doesn’t seem quite as palatable as you’d like. It’s because if you only chat with the people you instantly click with, you could end up having a fairly boring, one-sided chat experience. It’s like picking your favorite food and never eating anything else again. If you tried doing it, you’d probably discover that you actually miss all those other cuisines after all, even if they aren’t your first choice.

Have you ever suspected that you were limiting yourself because if you stopped doing it, someone would react poorly? If you’re on a random chat site, you can banish the thought from your mind – the way people react to you is no longer your responsibility. Since few to none of them will ever see you again, you don’t have to worry about how your actions will affect the rest of your social circle.

If you take this angle while random video chatting, you’ll be in good company; plenty of other random chatters are already doing it themselves. Sometimes this doesn’t work out for the best, especially when people take it as an opportunity to misbehave without any real consequences. Fortunately, though, most simply use it as a chance to be themselves. And the best part? If any chat partners decide that you aren’t for them, there’s no need to tone yourself down or be more socially acceptable; simply find someone who’ll appreciate you for who you are!

Learn the difference between video and text chatting.

Even though the name “random video chatting” obviously indicates the use of video chats, the typical chat site will also offer text chats for its users. If you’re new to the experience, it might be helpful to try them both out to see what works best for you.

In general, people will use video chats; it’s more immersive and feels more like a real back-and-forth conversation. You’ll feel like you’re really getting to know your chat partner as you pick up on their body language.

Text chatting is better for anyone who wants to ease into the random chat experience or for anyone who’s shy and doesn’t feel like showing themselves on camera. Most chat sites will let you switch between the two settings even if you’re in the middle of a chat, so you can choose whatever you’re in the mood for, anytime you want.

What goes into a first impression if you’re random video chatting? First of all, it’s what you do during the first few seconds – a smile and an introduction usually do the trick. Second, your chat partner will notice not only what you look like but what your background looks like as well. Plus, you have to remember that lighting can make or break the way you appear on a webcam.

If your background (or you) looks less than presentable, you could end up getting skipped over by potential chat partners – it’s just the way some people do things. To keep that from happening, consider giving your background a quick facelift and maybe changing into a fresh shirt if needed. Your lighting shouldn’t be too dim, too bright, or too direct; a diffuse light source at approximately eye level should do the trick. With the right setup in place, getting your chat sessions started should take minimal effort.

These are the basics of random video chatting; you can discover the finer points when you try it yourself!

All you really need is a decent WiFi connection, a webcam, and the desire to make new friends online. Having some background knowledge is nice, but what ultimately happens is up to you!

Snapchat Streak Lost? How To Restore your Snap Streak