Blockchains are often touted as the next best thing to happen to the world of technology. But, like any new and exciting innovation, it comes with its own set of security risks and issues. With all the money and power swirling around, it’s no wonder that hackers are constantly trying to find new ways to hack into your blockchain. But you can’t let them scare you!

In this blog post, we will discuss some of these issues and how to deal with them.

What Are Blockchain Security Issues?

There are many different types of security issues you need to be aware of when it comes to blockchain technology.

Blockchain routing attacks disrupt the network. If successful, these attacks can be highly dangerous for your business. They can lead to things like data loss and disk corruption or even prevent legitimate messages from reaching their destination in a timely manner.

This type of attack focuses on replaying previously valid transactions that have already been executed by one user against another user. For example, imagine you send someone $100 worth of cryptocurrency. This person decides to re-spend it on themselves – essentially taking your money without giving any in return. This is what we mean by transaction replay.

This can be especially problematic for your business if you’re storing things like passwords. These types of blockchain security issues can lead to data breaches and unauthorized access.

Phishing attacks are an issue since blockchain is a decentralized system, meaning there isn’t any central authority to validate the information being sent along. This means blockchain communications can be altered or corrupted without anyone knowing it happened. 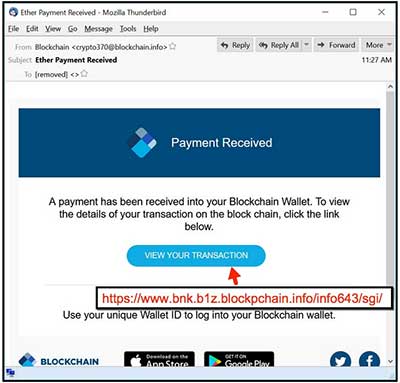 Blockchain phishing attacks usually take the form of fake websites that look legitimate but are set up with malicious intent. For example, they might contain hidden malware or tracking tools that can pose a threat to your business

Transaction spam is when blockchain network users are flooded with spam transactions so that they end up paying hefty transaction fees to process them. This can be done by sending thousands of transactions back-to-back, overloading the blockchain with useless information.

How To Deal With Blockchain Security Issues

The good news is that there are many different steps you can take to ensure your network remains safe from hackers. One of the best ways to prevent these attacks is by conducting a Blockchain Security Audit.

How to conduct a blockchain security audit:

We all know that blockchain is an emerging technology. It’s also one of the most secure technologies in existence today, but it’s not infallible. There are many security issues to beware of when using blockchain. Conducting a successful audit can help you determine which ones matter the most for your business. With this information at hand, you’ll be able to make informed decisions about how to bolster your own company’s cybersecurity measures. This way they’re as strong as possible against any potential threats or vulnerabilities.